Incorporation of an SE by merger

1 Before the incorporation of a European Company

3 Applying to incorporate a European Company

An SE company may be incorporated by merger of public limited liability companies that have been incorporated and have their registered office and head offices within the European Union, provided that at least two (2) of them are governed by the law of different member-states.

The merger can be carried out in two ways, either through merger by acquisition, where in this case the acquiring company takes the form of an SE simultaneously with the merger, or through merger by incorporation of a new company, where the SE is the newly formed company.

Follow the step by step guide to incorporate a European Company by merger in the Republic of Cyprus.

REGISTRATION OF I-JUSTICE COURT ORDERS BY THE REGISTRAR OF COMPANIES

The Department of the Registrar of Companies and Intellectual Property hereby announces that, in accordance with the i-Justice  read more 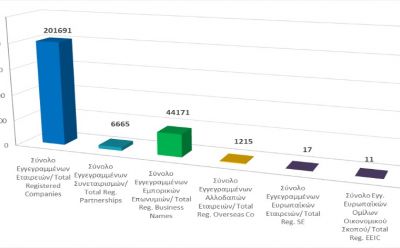 The above graph illustrates the total number of business entities that were registered with the Registrar of Companies as at 31st of October 2021.  read more

In order to further facilitate the process for the submission of BO details onto the Register, the Ministry of Energy, Commerce and Industry (MECI) announces that as from today, Friday, October 29th, 2021, the submission is also possible by the officials /partners of a legal entity.  read more

ON LINES SERVICES OUT OF OPERATION DUE TO UPGRADING

The Department of Registrar of Companies and Intellectual Property announces that on the 20th of October 2021 from 14:00 p.m. until 19:00 p.m. the on-line services will be out of operation due to upgrading.  read more

On the 12/10/2021 the Department of Registrar of Companies and Intellectual Property Law of 2021 (N133(I)/2021) was published in the Official Gazette of the Republic of Cyprus,  read more 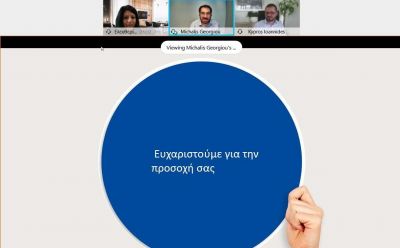 WEBINARS PRESENTATIONS FOR THE IMPLEMENTATION OF THE NEW STATUTORY FORMS 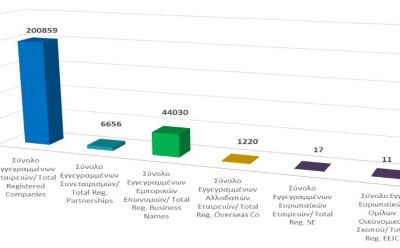 The above graph illustrates the total number of business entities that were registered with the Registrar of Companies as at 30th of September 2021.  read more 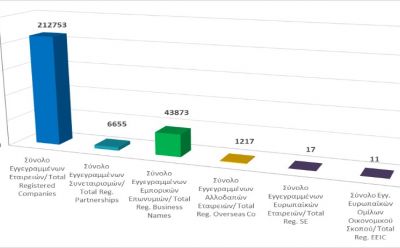 The above graph illustrates the total number of business entities that were registered with the Registrar of Companies as at 31st of August 2021.  read more

The Registrar of Companies informs the public that on 04.08.2021 between the hours of 14: 00-19: 00 pm, all electronic systems (including the website) will not be available due to system upgrade.  read more